You may have seen in the news just yesterday (3 September 2018) that there is controversy (and some strong accusations made) as to whether or not some supermarkets in Australia and some Australian honey producers are selling fake honey (adulterated honey – which is honey blended with something else) or 100% bee honey.

Below I have summarised the Sydney Morning Herald, the ABC news articles and the ABC 7.30 report on this topic.But before we delve into what the reporters, the International Federation of Beekeeper’s Association, the honey producers and supermarkets themselves and others have to say…we just want to confirm that all AB’s Honey is 100% pure bee honey sourced from Australian Beekeepers (including AB’s Honey Hives).So you don’t need to worry about the honey you buy here at Simply Honey as you will never find AB’s Honey selling fake honey AB’s are renowned for creating only the best quality 100% real Australian honey, pure, raw and natural honey. (In fact, we wish AB’s Honey had been included in the testing sample as we would have passed with flying colours – imagine the free advertising!)

Pure bee honey is exactly that, unadulterated honey, pure and natural. Adulterated honey is honey that has been mixed with another product, usually a cheaper product such as a form of sugar syrup.The argument in the news regarding adulterated or unadulterated honey lies in one of the methods of testing used (Nuclear Magnetic Resonance (NMR)) by Germany’s Quality Services International (QSI), a leading international scientific laboratory which specialises in honey fraud detection.QSI also carried out the official C4 sugar test.The other side of the argument is that NMR testing is not robust enough and is not, in fact, a method of testing that is used by Australian and international regulators, whilst the C4 is.

Of the 28 samples tested using the NMR method, 12 (almost half) were classified as adulterated or fake honey, that is they were not 100% pure bee honey.Those identified as adulterated or fake honey included samples from Capilano’s Allowrie brand, ALDI’s Bramwell’s private label brand and IGA’s Black & Gold discount brand.According to the NMR test results, the source of the adulterated honey was found not to be in the Australian honey, but rather in the imported Chinese honey included in these products.The products in the sample tested are the cheaper brands of honey sold in Australia. In order to the keep the price of these products down, many of them contain imported honey and as can be seen, the test results pointed to the imported honey, not the 100% Australian honey.

Of the 28 samples testing using the official Australian C4 test – all 28 samples passed.

Response to the Results of the Testing

The media have reported that Capilano refutes the results and state that the NMR testing is not robust nor an official Australian method of honey testing. It is reported that Capilano said it was “100% confident in its Allowrie honey.” And “Our concern lies in the use of these results to create doubt and confusion over the authenticity of honey and how that could be used to mislead the public and consumers.”Further statements include that Capilano “stands by the quality and purity of all our honey brands, including Allowrie which has never failed more stringent and appropriate testing by world-renowned laboratories.” Allowrie honey is made up of 70% imported honey.On the other side of the argument, Gudrun Beckh, QSI’s managing director was reported as saying that she was confident in the NMR test findings; that NMR was the most reliable test for detecting adulteration and that “Fake honey always existed, but in the last years it’s a growing problem because of the people who adulterate are using more and more sophisticated methods, so it’s more complicated to detect it.”Whether the arguments are true or not, ALDI has already taken precautionary steps by removing all potentially adulterated honey from its shelves.In addition, an article in the Sydney Morning Herald (5 July 2018) revealed that Coles had decided to no longer stock Capilano Honey’s Allowrie product which contains honey from China and Argentina.

According to the ABC news article, it was leaked that the Australian Bee Industry Council (AHBIC) requested in July that the Department of Agriculture and Water Resources review honey testing methods and replace the existing C4 testing with the NMR testing.It was also leaked that the executive director of AHBIC supported the change to NMR as he said that it was reported that suppliers that we adulterating honey were finding ways around the C4 sugar test.The International Federation of Beekeepers’ Association (Apimondia) was reported to support the use of NMR and recently announced that NMR testing would be included as part of its new honey competition rules.Beechworth, Australia’s second largest honey operator has endorsed the use of NMR testing.ALDI and some other supermarkets have already started using the NMR test.Thus, it seems that there is strong support for the effectiveness of the NMR testing and as a result, there is in the near future likely to be quite a big change in the range of honey sold in our supermarkets… 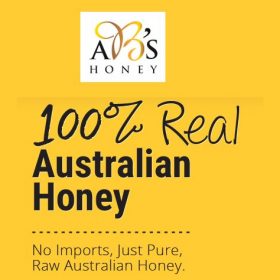